Norden Lodge No. 3, was officially organized August 25, 1904. A group of Norseman gathered on August 4, 1904, and talked about forming a lodge of the Sons of Norway of the Pacific Coast, but it was not until August 25 the lodge was instituted. There were 22 members on the original charter. The charter was closed in a short time. Some old timers say the reason was because there was some disagreement as to whether the Vikings should join. The Viking Lodge was already in existence and many Norden No. 3 members had been Viking members. As usually the case, some wanted all the Vikings to join and others did not. There seemed to be an element of personal feelings in many cases. The charter was presented to the lodge on July 18, 1907, when there were finally enough lodges to print a formal charter master for the grand lodge of the Sons of Norway of the Pacific Coast. We were designated Norden Lodge No. 2 in February of 1910 after the closing of Eidsvold Lodge No. 2 in Ballard.

Our name comes from the brig Norden which carried some of the first immigrant groups to New York from Stavanger in 1836.

During 1907 and 1908 several new people were admitted, most of them being members from the same Lutheran churches our members attended. It is interesting to note there was to be no dancing at the lodge on Sundays. Meetings were held every Friday night. It was in 1959 the officers and members voted to hold one regular business meeting and one social a month. Now meetings are held only once a month on the first Friday of each month with socials being held on the third Saturday most of the months.

Seattle hosted the Alaska-Yukon-Pacific Exposition in 1909, and Norden rented a steamer to take the members there. The drill team took part in this, as well as the lodge band. The uniformed band did much rehearsing, and the drill team practiced every Sunday, so they made a nice showing. One outstanding celebration in 1911 was Roald Amundsen Day held at the Tacoma Theater. This program brought in $135.75 to the treasury.Parker Hall was the first meeting place. The lodge moved several times afterwards to the Danish Brotherhood Hall in 1909, Liberty Hall for part of 1911, Fraternity Hall from 1911 to 1916, and the Eagles Hall from 1916 until they moved into the current Normanna Hall on February 1, 1923.

Around 1912, Trygve Lindoe organized a chorus which expanded to include members of Norden Lodge No. 2 and Embla Lodge No. 2, Daughters of Norway on the Pacific Coast. The 100-year anniversary celebration of Norway’s constitution was held in 1914. The mixed chorus of 200 voices gave a performance at Normanna Hall. There was a big parade with girls in national dress, a brass band, and the Normanna Male Chorus in uniform.

At the 1912 supreme convention, the word “male” was removed from membership requirements. It wasn’t until the 1916 supreme convention when women could be admitted as social members where there were no local Daughters of Norway lodges. At the 1918 supreme convention, delegates finally approved the offering of Sons of Norway life insurance to women at the same rates as men. In our lodge, Clara Jonassen was the first woman to join in 1924. Gladys Eide was the first woman president. She was elected in 1951 and served three terms.

The District 2 convention of 1915 was held in San Francisco and a World’s Fair was also held. At the convention, Carl Berg of our lodge was elected district treasurer. Ambassador Morgenstierne of Norway was made an honorary member of Norden around 1915, too.

In the 1920s, the members were very active. In 1925, the membership was listed as 474 (five more members than Leif Erikson Lodge No. 1), making us the largest lodge for a short time. Much of this was due to Sam Strom who was the leader of the drill team which practiced every week and attended many celebrations. Sam was elected as District 2 president from 1922-1926, was an organizer for the district in the 1920s and early 1930s, and served as supreme vice president from 1926-1932. Our membership in 2010 still hovers between 400-500 members, with women being about half of the membership.

There was much discussion in the 1920s about the use of the Norwegian language at the meetings. However, it was not until December 18, 1941, that the first minutes were written in English.

During World War I the lodge took a leading role in the sale of Liberty Bonds and the entertainment of soldiers of the U.S. Army. At the supreme lodge convention held July 18-19, 1918, in Great Falls, Montana, it was unanimously decided to assess each local lodge at the rate of about $1 per member to raise funds for an ambulance for the U.S. Army. The special levy assessment started on August 25, 1918, on the Norden 2 membership. By April 1919, enough funds were raised throughout the order for three ambulances. The second ambulance was presented on April 12, 1919, to the U.S. Army at Camp Lewis by Consul and Supreme Vice President Thomas H. Kolderup. This event is commemorated by a photograph in Normanna Hall.

At the district convention in Spokane in 1944, Robert Tjorstad was elected district treasurer and served until 1948. He had the distinction of serving the most years as president of Norden 2, a total of six years.

Member Thor Tollefson, a local attorney and a past lodge secretary, became a prosecutor for Pierce County from 1938-1946, and eventually served in the U.S. House of Representatives from 1947-1965. He provided “courageous leadership” for the Committee on Merchant Marine and Fisheries and achieved unanimous passage of the Tollefson Cargo Preference Bill. He continued to take active interest in fisheries the rest of his political career.

In the mid-1940s, the women of the lodge organized an auxiliary. It was discontinued and revived once or twice, but it has since been retired. The flags in our hall were purchased by the auxiliary.

Our golden anniversary came along in 1954 and was celebrated at the Winthrop Hotel. It was described as one of the grandest social events in the history of Norden Lodge No. 2.

In 1957, a large Viking float was prepared for Tacoma’s renowned Daffodil Parade. The committee remembers stuffing 30,000 daffodils into the wire netting. It was completed during the evening and several members rode on the float the next day. The lodge continued to participate in the Daffodil Parade in 1981, 1982, 1983, and 1984. We won two Queen Awards, one Mayor Award, and in 1983 our float was the Sweepstakes winner. The Balstad family was instrumental in the design and the building of these floats. Many members spent many nights at the Balstad household working on these floats.

Norden 2 sponsored a new lodge on October 18, 1969. There were 101 members initiated into Hovedstad Lodge No. 94 in Olympia. A gavel was made by long-time member, Nick Nelson, and was presented to this new lodge.

Norden 2 members played a large part in building and financing the District 2 recreation area, Trollhaugen. Our lodge organized the work parties for construction of the building. We are honored to have many directors on the board the last 40 years. Fred Hjelseth and Thor Aanes were on the board during the construction era. The directors from Norden 2 were Thor Aanes, Fred Hjelseth, Andy Balstad, Helen Fosen, Russell Gunderson, Erick Balstad, and Mark Halvorson. Trollhaugen is an asset to District 2 valued at close to $750,000. Erick Balstad is currently the chair of the board and has been for many years.

In 1956, our last charter member, S.P. Ulvestad, passed away. We have many members with longtime memberships, but Julius Tollefson had the record and celebrated his 70th year as a member of Norden 2 on October 1, 1979.

Norden 2 has been an active member of the Scandinavian Days Festival since it began in the late 1960s in downtown Tacoma at the Bicentennial Pavilion next to the old Sheraton Hotel (now Hotel Murano), and when it moved in 1988 to the fairgrounds in Puyallup. We continue selling bread even under the new organization, Scandinavian Heritage Festival, held in October.

On August 17, 1963, a two-alarm fire did extensive damage to Normanna Hall. Thanks to the fireproof ceiling installed three weeks before, the entire building was not lost. In the early 1970s, Normanna Hall was remodeled downstairs and the upstairs had a new kitchen added. The remodel was greatly needed and had a positive effect on the membership. Additional major improvements have been undertaken at the hall. Recently, all of the windows have been replaced with double-pane windows. The parking lot was paved, fenced, and landscaped. A back door to the lodge was installed, the foyer was remodeled, and 376 chairs purchased. A lot across the alley was purchased and is used for parking. A new elevator was installed in the late 1990s.

In 1983, under the direction of Helen Fosen, Norden 2 started the heritage camp at Trollhaugen for ages 13-15. It was a controversial subject at the district convention in 1982. The delegation turned down the camp as a district undertaking. However, they allowed Norden 2 to take the responsibility of running the camp with support from Poulsbo Lodge No. 44 and Oslo Lodge No. 35 in Bremerton. It was a great success! At the 1984 convention, delegates decided to make it a district undertaking. To this day, the camp is very much in demand.

Other community activities include the “Paint Tacoma Beautiful” campaign and restoring the statue of Henrik Ibsen at Wright Park. Norden participates in the syttende mai (May 17th) parade in the Ballard area of Seattle. After the parade, Norden 2 has its own celebration of Norway’s Constitution Day with a dinner, dance, and speakers for the occasion at our lodge hall.

In the 1980s, Norden 2 and one of our members, Jonathan Feste, were instrumental in the renaming of the City Waterway to the Thea Foss Waterway, honoring a longtime Norwegian family in Tacoma. This action required papers being filed with the State of Washington, U.S. Corps of Engineers, U.S. Board of Geographic Names, and eventually the U.S. Congress to change the name of a navigable waterway. Thea and Andrew Foss were the founders of Foss Launch & Tug Company and longtime members of Norden 2. Thea was a talented member of Embla Lodge No. 2, Daughters of Norway on the Pacific Coast, too.

Norden 2 celebrated its 100th anniversary in August 2004. Thomas Heavey was president and Kathy Fry was chair for the event. Many dignitaries were present, with Mayor Bill Baarsma giving the main address for the city. At this time an anonymous donation of $30,000 was made to our scholarship fund. Prior to this time, scholarships had been awarded with money from the general fund. The scholarship fund now has $55,500 invested. Scholarships are awarded to children and grandchildren of members of Norden 2 who must reside in District 2. Only the interest in the fund can be used for these educational scholarships.

In 1986, the district convention was to be held in Anchorage, Alaska. Norden 2 wanted to assist our delegates with expenses for travel to this faraway convention. To raise money, we started our pancake breakfast on the second Sunday of the month. It has been so successful, we still continue this project. 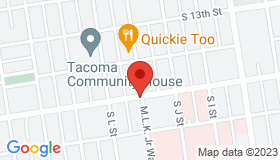